It is difficult these days to get a handle on what’s going on in the Nagorno-Karabakh Conflict between Armenia and Azerbaijan. Being Armenian-American, I feel both concerned about it and disconnected from it. Disconnected because the conflict is not reported on regularly here in the states and I don’t make an effort to check in on it. Concerned, too, though because of the loss of human lives on both sides and the threat of more involvement from Turkey or Russian escalating the conflict.

Here’s a bit of history if you need it. The following information and the map, below, comes from a website called Political Geography Now. There’s more history on the website if you are interested.

“What is Nagorno-Karabakh/Artsakh?
The status of the Nagorno-Karabakh region is disputed. The UN and its member countries generally consider it part of Azerbaijan, but separatists there declared independence during the breakup of the Soviet Union in 1991, and the area has been ruled separately from Azerbaijan for over 25 years now.

Originally calling itself the Nagorno-Karabakh Republic, the region’s self-proclaimed government now officially prefers the name Republic of Artsakh – “Artsakh” being an Armenian-language alternate name for the area. Founded by culturally-Armenian locals who didn’t want to be part of Azerbaijan, self-ruled Artsakh is heavily integrated with neighboring Armenia as far as military defense and day-to-day administration. But it still technically considers itself an independent country, and Armenia maintains a formal separation, neither recognizing Artsakh’s independence nor officially making it part of Armenia.” 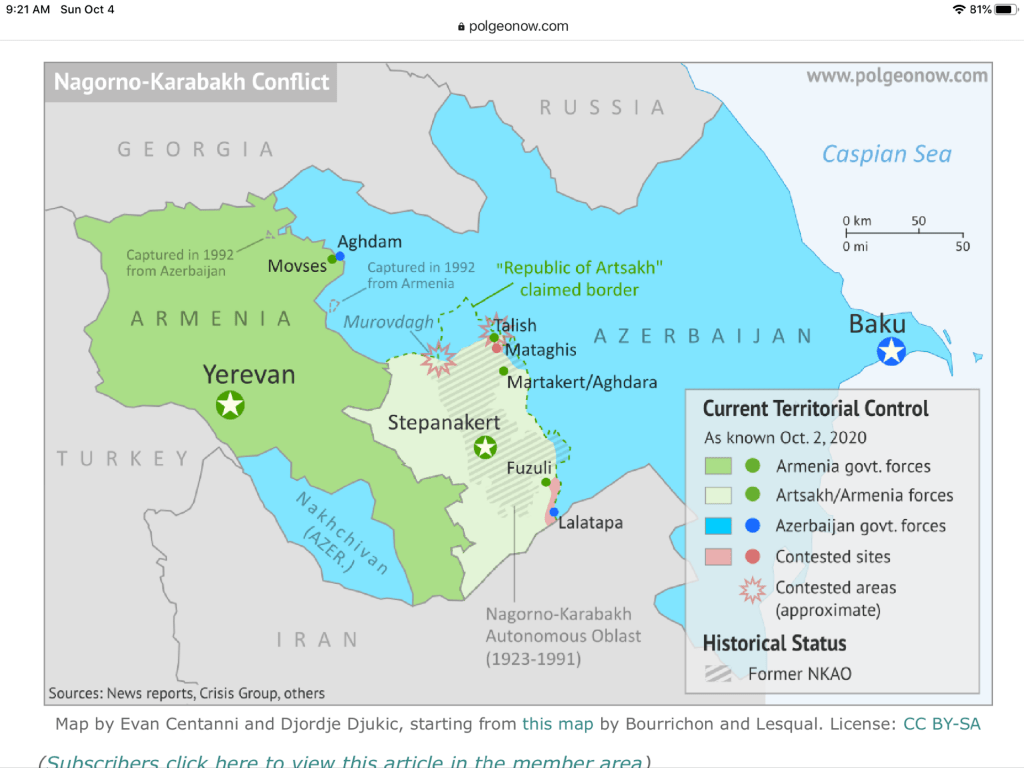 Recently, according to some sources an Armenian jet was shot down over Armenian airspace by a Turkish F-16 fighter. Both sides are accusing each other of attacks. I feel conflicted about Armenia’s ownership of the disputed land but know that when both sides feel like it belongs to them, a peaceful resolution is far away. I will continue to keep an eye on news from the region and pray for an illusive and needed peaceful solution.

Isolation has given me time to put some of my poems together. I’ve self-published My Name is Aram, Too through Schuler Books press in Grand Rapids!

The title is a reference to one of my favorite books of all time, My Name is Aram by William Saroyan. It’s a collection of short stories, not poems, and Saroyan set it in Fresno, CA, not mid-Michigan; I love his playful writing style and the Armenian community he created.

Here’s the cover that our niece, Megan, drew (the individual drawings refer to poems in the book): 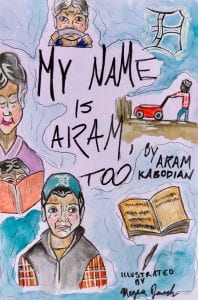 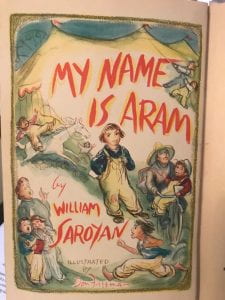 If Freeman’s work looks familiar, he’s also the artist that drew the cover of the Corduroy books and Rainbow of My Own, among many others.

Here are some options if you want to get a book:

* After Wednesday, Schuler Books in Okemos at the Meridian Mall will have copies available.

* I do believe in bartering, so if you want to stop by our house, I have copies. (close family and friends, please wait so I can give you a copy…I have many)

* If you are very patient, I will probably post a pdf of the book on this blog in a year or two.

My first juggling video is on this blog on April 19.

Just a reminder…you can receive an email every time I update my blog by leaving your email address in the Subscribe box on this page. 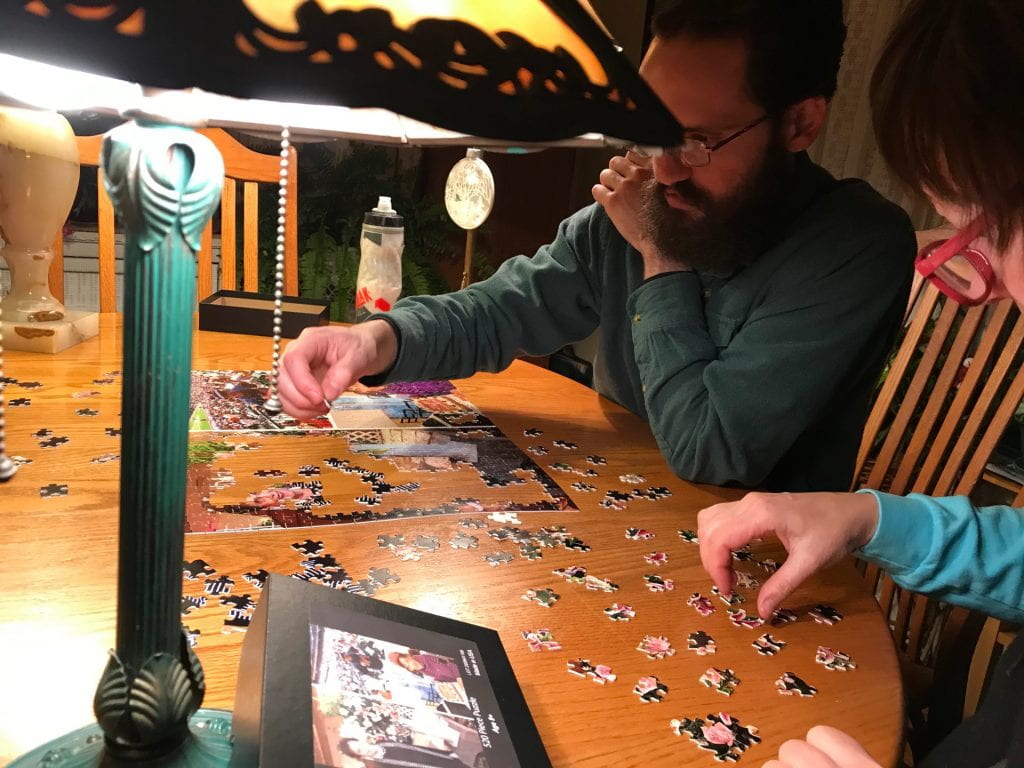 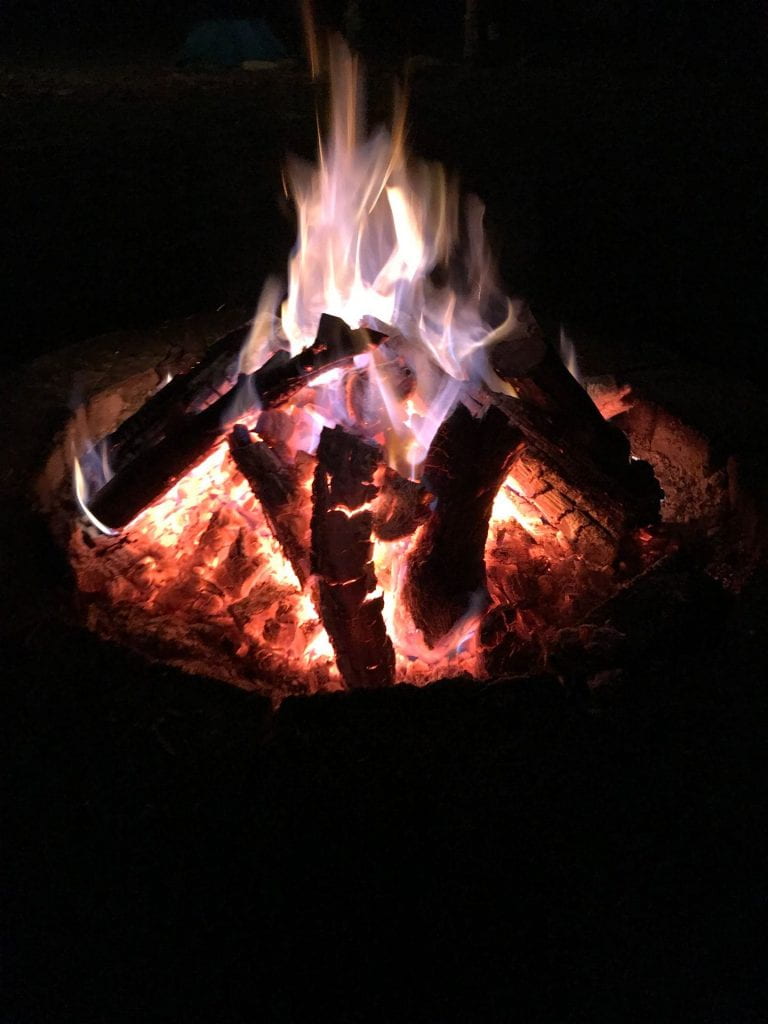 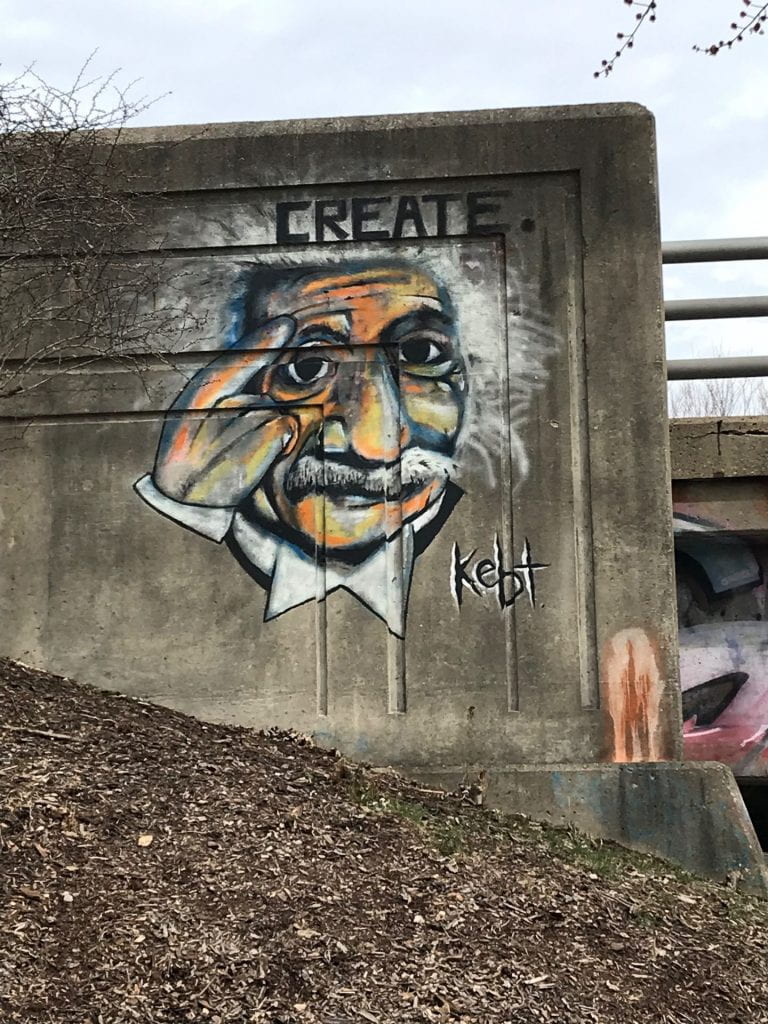 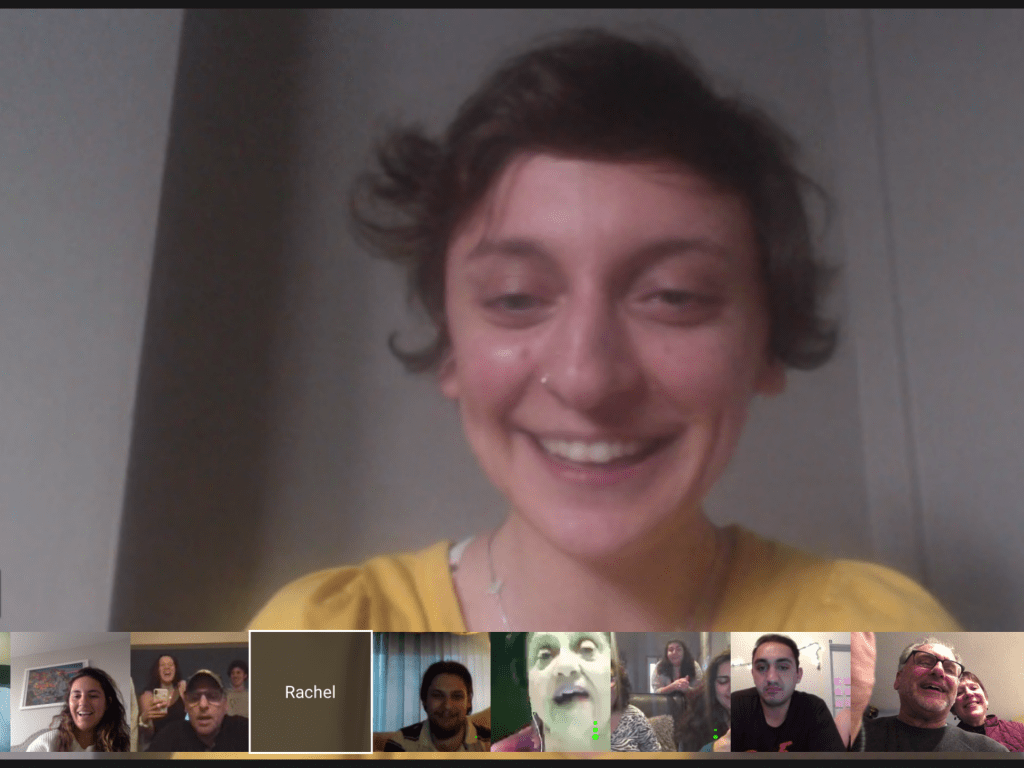 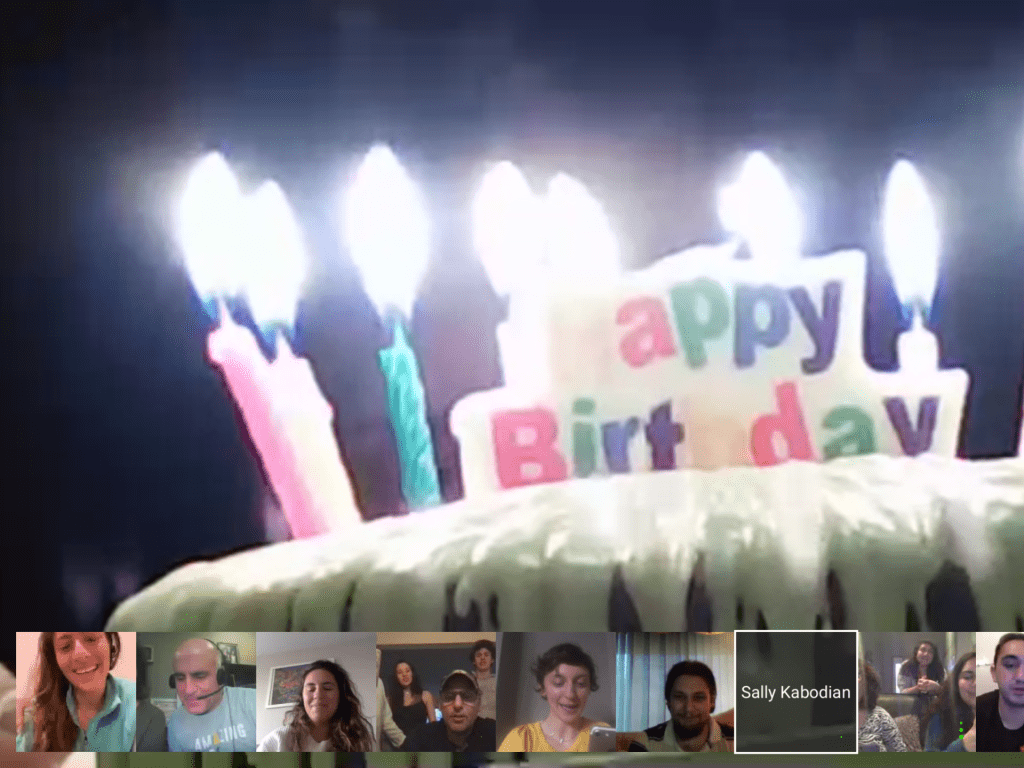 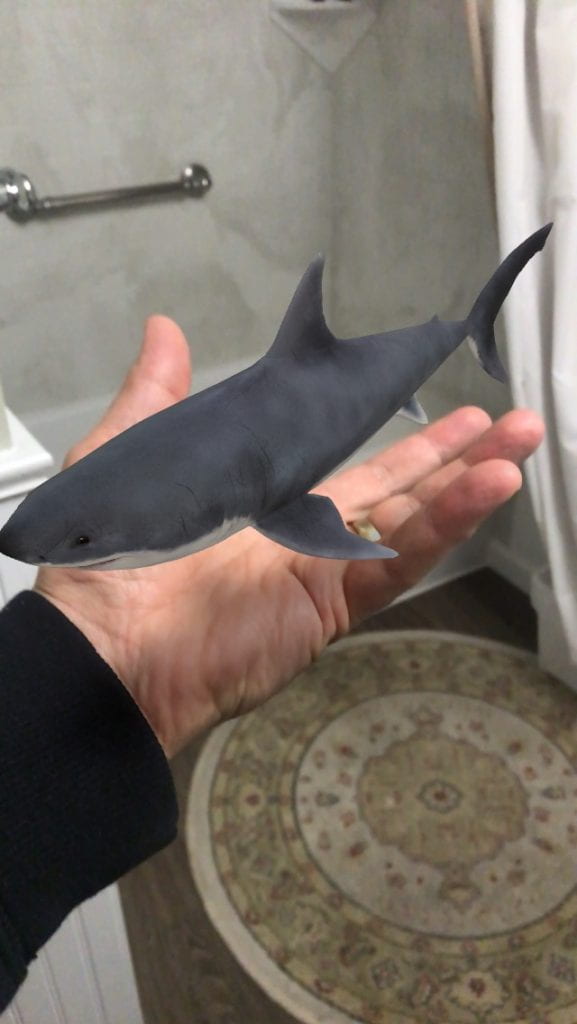 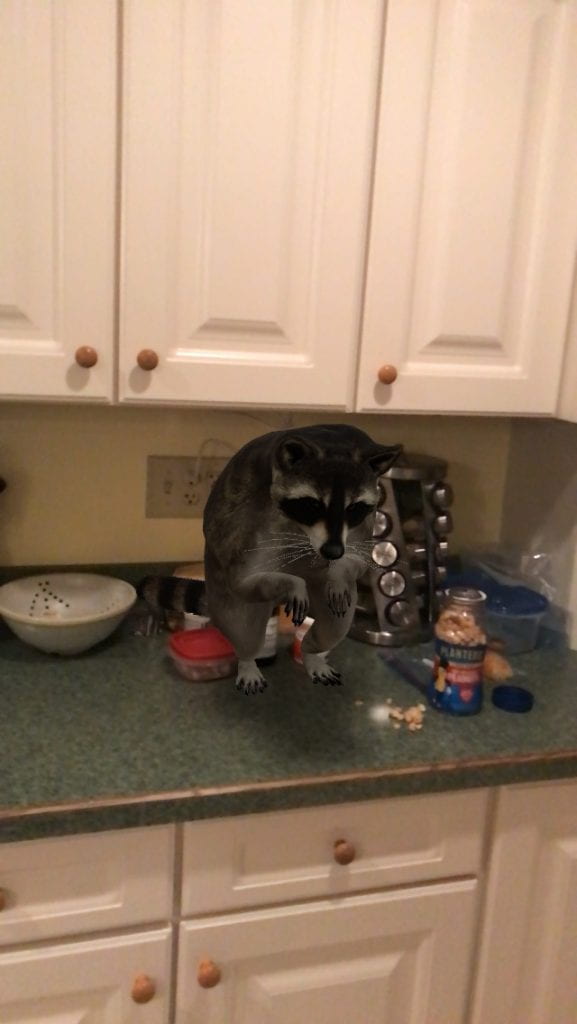 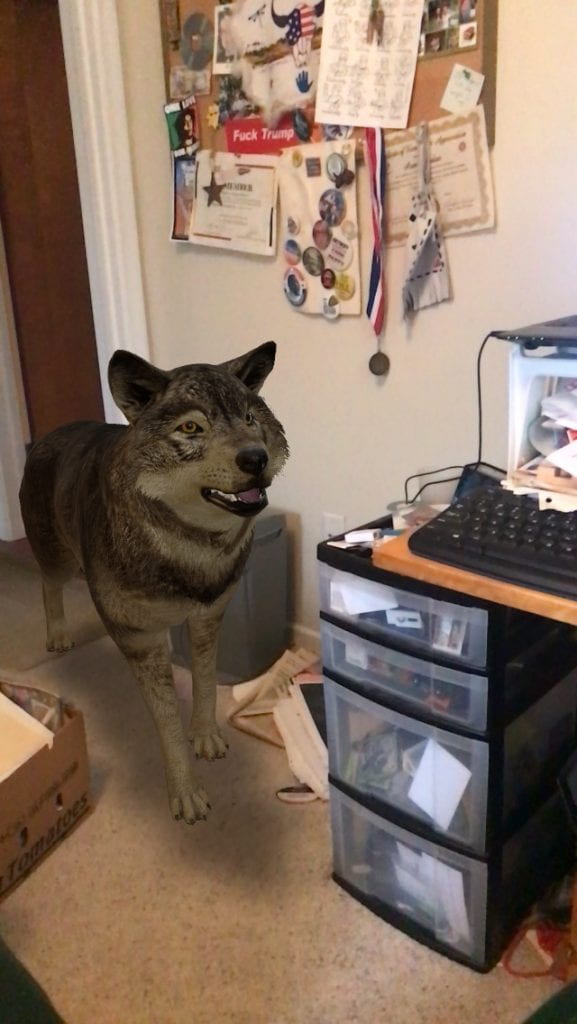 did you ever learn something new
and just want to do it over and over?
(google 3D animals were like that for me) 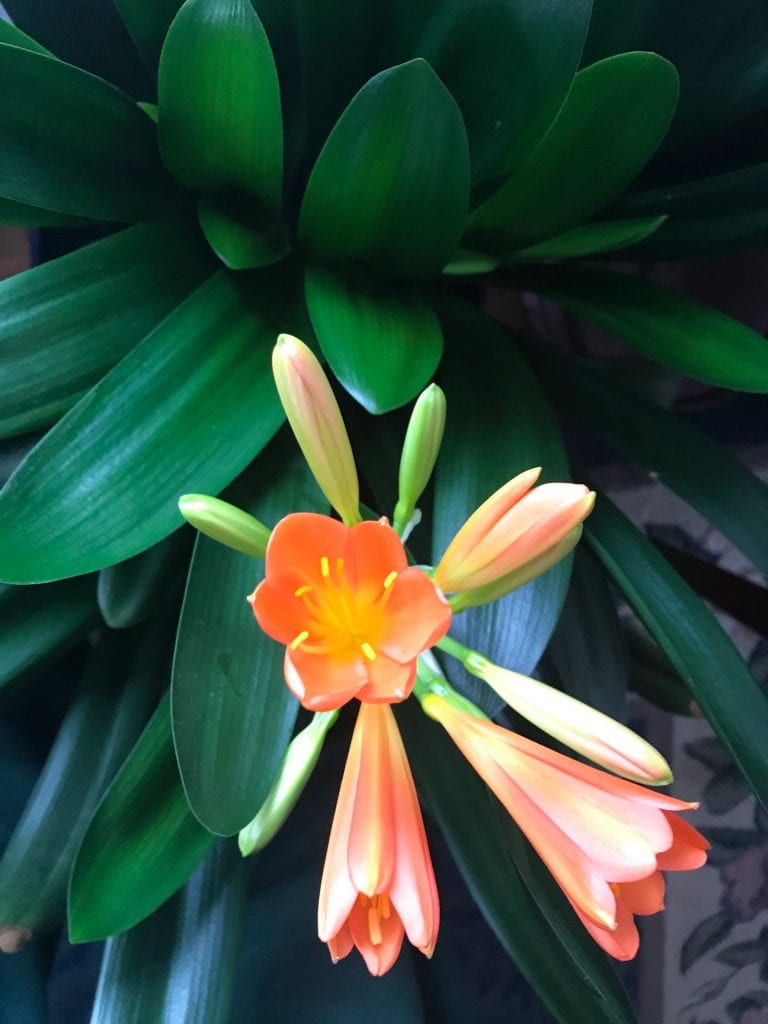 we’re all doing the best we can 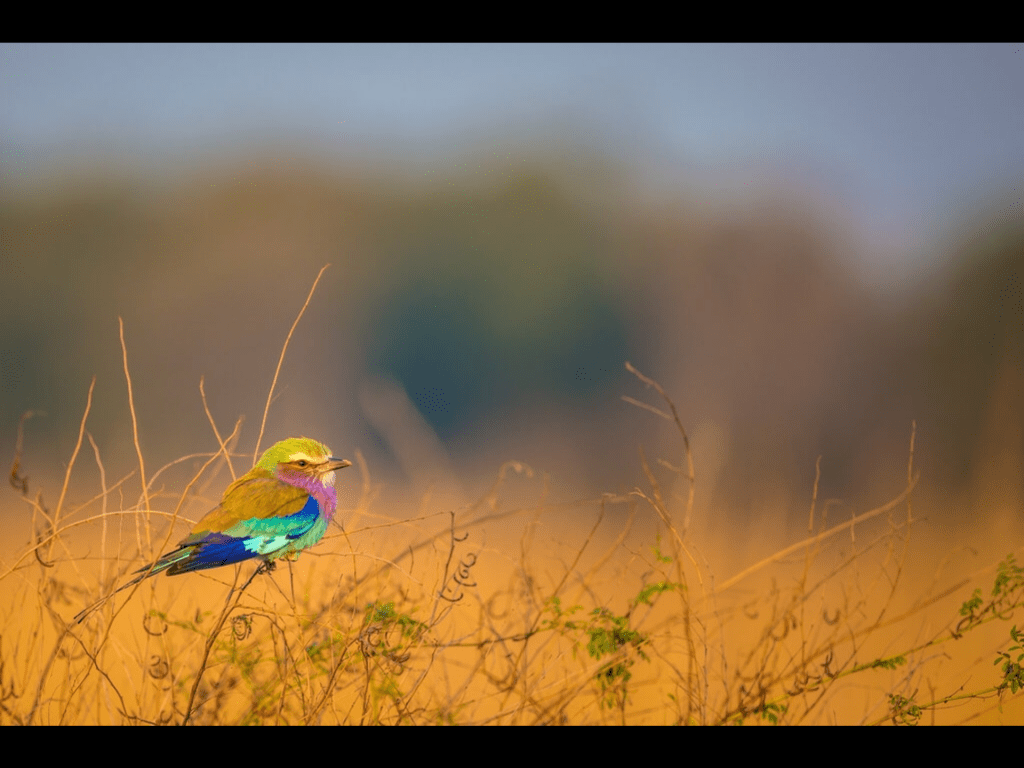 lilac breasted roller at Patriarche Park
.
.
.
.
.
APRIL FOOL’S!
That last one is from Zambia. I found it in a New York Times photo essay. 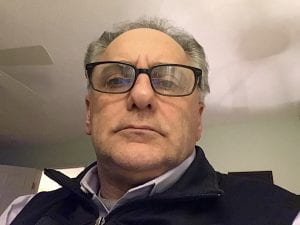 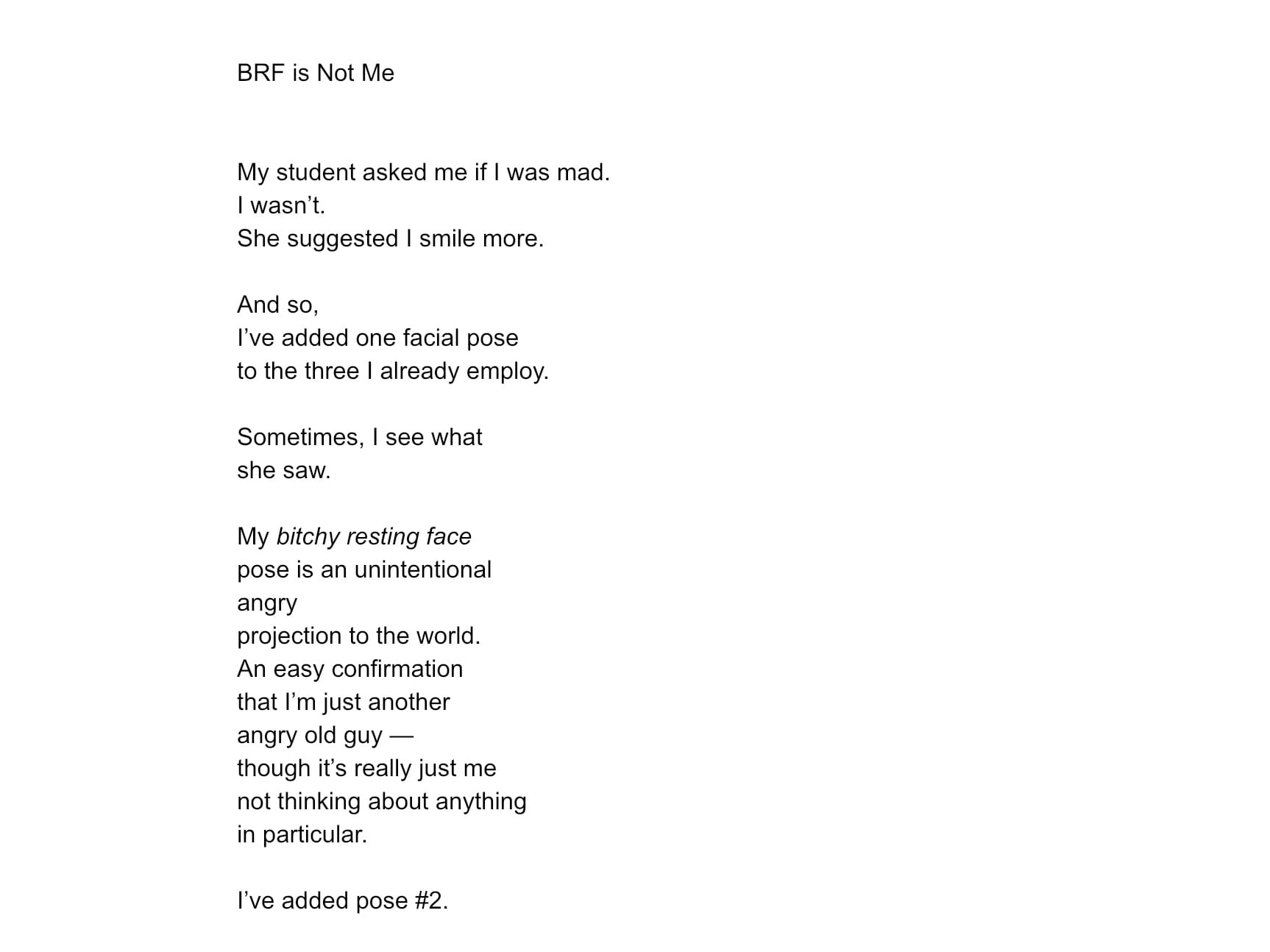 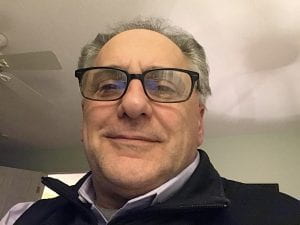 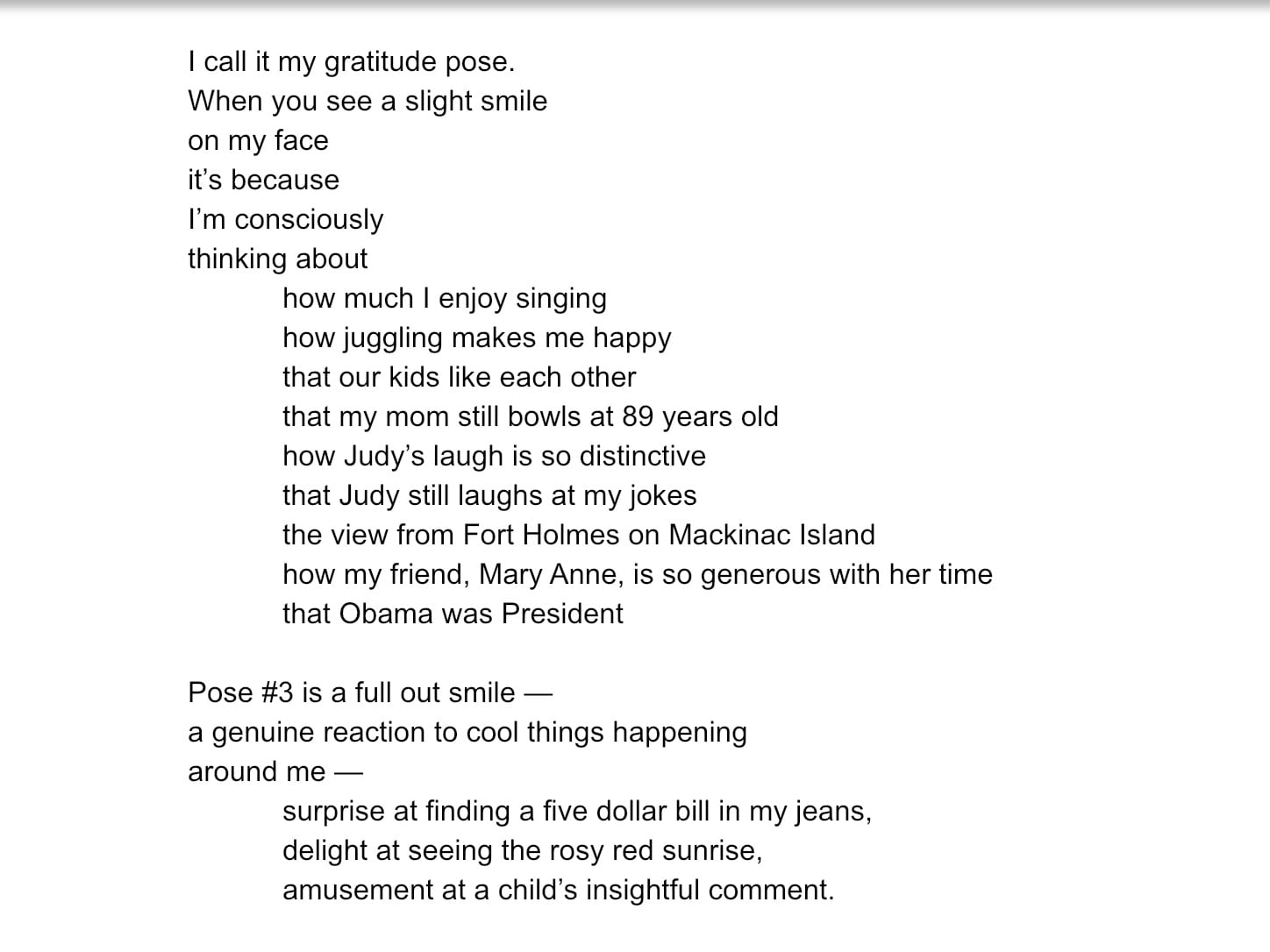 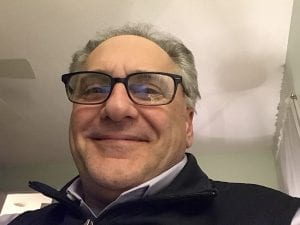 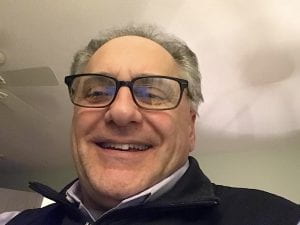 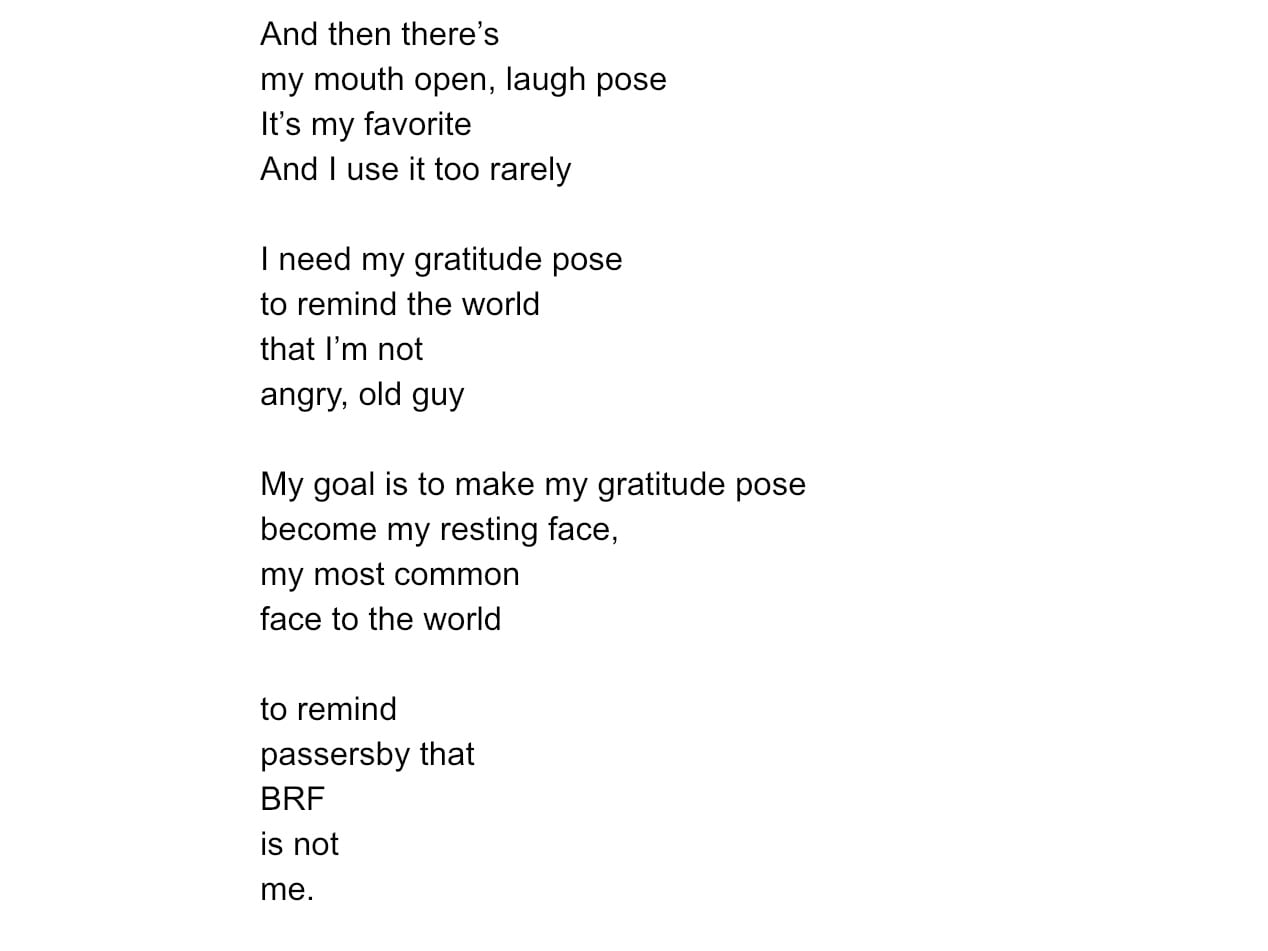 Here are a couple smile-inducing videos:

Jacqus Tati and Where to Find Visual Comedy —

(I was clued into this guy by reading Ken Jennings book, Planet Funny, which I recommend)

and an article on the complexities of smiling in public.

Lisa Genova wrote the movie, Still Alice, several years ago. In her recent TED talk called “What you can do to prevent Alzheimer’s,” she concludes that continuing to learn throughout life seems to be very important in preventing Alzheimer’s Disease. This makes sense intuitively as well because if I am always learning, I stay fresh and current…like a constantly sharpened pencil never getting dull.

For me, though, it’s more like learn, learn, forget, re-learn, re-learn.

Another short, four-day writing camp ends and I have learned many things — I hope the students came away with something, too. For at least ten summers, I have taught teens in the summer at the Red Cedar Writing Project’s Spartan Writing Camps. For years, I led a camp called “Digital Writing,” but more recently I have been widening the focus to “Creative Writing.” I like the flexibility that such a class affords and often I include some digital writing as part of the camp.

One techie thing I re-learned was how fun and useful Storybird can be. It’s a great tool for sharing longform stories, picture books, and poems. I also was reminded that their notion of a poem is something you create with the words they provide (like refrigerator magnets); choose “picture book” to share a previously written poem and you can add photos to go along with the poem. And who did I learn all of this from? A teen named Elaina. Seeing her enthusiasm for the website, I asked her to teach the camp about it with a 10 minute introduction. She jumped right up and did an amazing job. Five more students were using it in minutes and ended up presenting their final project with it. This bright 13 year old even inspired me to create the following haiku on Storybird. 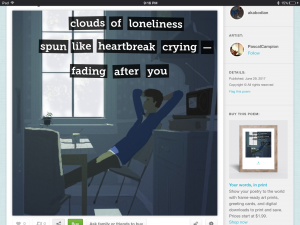 On the last day of camp, I was able to get Lansing’s new Poet Laureate, Dennis Hinrichsen, to visit our camp. That simple act re-taught me a couple things to start: it doesn’t hurt to ask and even relatively short notice is sometimes enough notice. Dennis did a marvelous job explaining the context of a couple poems and reading them. He answered students’ questions for quite awhile and in a very genuine, personable manner.

At the end of his talk, Dennis said he was willing to work with someone on their draft in front of the group. None of the 35 students or two other teachers took him up on his offer. So, I went to the computer, found two of my pieces of poetry, and was reminded of that exciting, queasy feeling called risk. He spent over 20 minutes workshoping them (for free) and both poems were markedly better. I enjoyed watching him talk through his suggestions and questions, while engaging and challenging the students.

NOTE: Dennis would like to talk about poetry in classrooms around the tri-county area in the fall. If you are a K-12 teacher in the Lansing area, shoot him an email at LansingPoet@gmail.com. I highly recommend him for his rapport with young people and his insights into poetry. 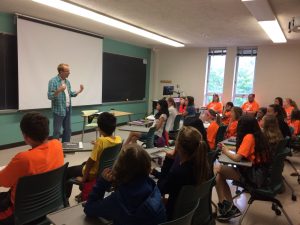 I also learned what it means to power through. I had surgery to remove a benign growth on my parotid gland (near my right ear) on the Wednesday before the Monday camp began. My four days to recover were shortened since I needed to stay overnight in the hospital due to the mass being infected and surgery lasting five hours (instead of 2-3 as expected). I also had an extra trip to the ER on Sunday due to inflammation and swelling. All of which is to say that I was in less-than-favorable condition to lead 11 sixth-eighth graders in much of anything. 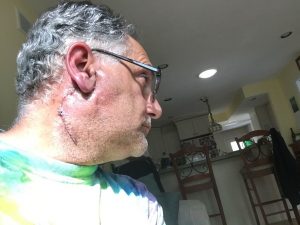 The stitch started at the top-front section in front of my ear, went under and behind my ear, and then petered out on my neck. I’m not sure if I grew my beard so I wouldn’t have to shave or to hide the gruesomeness of it all.

I, of course, used the surgery as an example of taking life and turning it into creative writing: “What if instead of just taking out the growth, they put in a tracker or made me bionic in some way?” That inspired at least one story. Fortunately, I had wonderfully creative and cooperative 6th-8th graders. They jumped on everything on the camp agenda and cut me some slack when I needed to relax a bit. When you throw in that it didn’t rain, we all got ice cream, and they actually pay me to lead the camp, leading this camp felt like a success (thanks to regular pain meds and a bunch of antibiotics).

I’d like to give a special shout-out to Hannah Schulte. She pinch hit for me on Tuesday morning when I had a doctor’s appointment. She’s a recent, Spartan graduate looking for a teaching job. She was in my class regularly a couple years ago and I was very impressed. May the Force be with her.

If you know me and you follow the link, below, you’ll know I wrote this letter. It’s theoretically to President Trump. I’d be happy if he read it and took it to heart. It’s what I would say to him if I met him. I don’t really believe he’s going to read it, so it’s really for you and for other people to read. It’s more of a reasonable approach than everything I mumble to myself about how the guy is ruining our country and there aren’t enough brave, insightful Republicans in Congress to stand up to him. Yes, I’m ticked. However, if I was standing in front of the guy, I’m not sure I could bring myself to show my true anger. Writing this first letter helped me re-learn civility. It has its place. I hope to write a letter a month for this new blog. And I suggest you read the amazing other letters on the website.

Here’s a link to my letter at Letters2trump

Letters2Trump will be writing a daily letter to the President. Each letter will be written by a different person from around the country. I hope to be involved and they welcome your input as well (go to the Contact page). I’ve appreciated the initial letters and suggest you, too, follow the attempt at keeping Trump accountable.

Aaron left on Friday for New Orleans by train. He’s staying in a hostel for four nights and experiencing Mardi Gras in all of its craziness. Then, he’s headed west through Louisiana, Texas, New Mexico, possibly Arizona, and other SW states. This time, he’s blogging about it himself. Check out his thoughts on his blog. 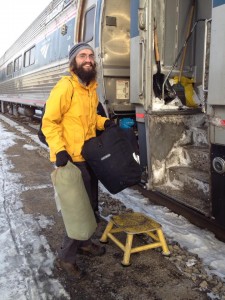