We have a president who is unhinged.

Others have noted his unhingedness; it just gets worse and worse. 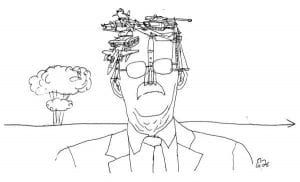 John Bolton was the latest casualty of this unhinged president. He has a love-hate relationship with his own cabinet. He hires people to fill positions and then dismisses them or they resign in record time. Thirty-eight appointees either resigned or were fired. That’s over 75% turnover rate. Just ridiculous.

Some of his supporters have even started complaining, noting that he’s swearing too much. If this is what it takes to make sure we don’t make the same mistake twice, so be it.

There was the whole ‘if Denmark doesn’t want to sell Greenland to us, I won’t visit it’ thing. Shades of terrible-twos or middle school tantrums. And I hate how Fox News uses his tweets as the official record of what he said. Tweets are what you come up with to pass the time. Tweets are usually trivial, lazy comments; he’s passes them off as the inside story of his deepest thoughts, which furthers this ‘unhinged’ persona. If this appeals to you, there are trifles on the internet to keep this memory alive forever.

Some say he is impeaching himself with his every tweet and action.

But I made the mistake of pulling James Cone’s ‘The Cross and the Lynching Tree’ off my shelf — a book designed to shatter convenient complacency. Cone recounts the case of a white mob in Valdosta, Ga., in 1918 that lynched an innocent man named Haynes Turner.

Turner’s enraged wife, Mary, promised justice for the killers. The sheriff responded by arresting her and then turning her over to the mob, which included women and children. According to one source, Mary was ‘stripped, hung upside down by the ankles, soaked with gasoline, and roasted to death. In the midst of this torment, a white man opened her swollen belly with a hunting knife and her infant fell to the ground and was stomped to death.’

God help us. It is hard to write the words. This evil — the evil of white supremacy, resulting in dehumanization, inhumanity and murder — is the worst stain, the greatest crime, of U.S. history. It is the thing that nearly broke the nation. It is the thing that proved generations of Christians to be vicious hypocrites. It is the thing that turned normal people into moral monsters, capable of burning a grieving widow to death and killing her child.

When the president of the United States plays with that fire or takes that beast out for a walk, it is not just another political event, not just a normal day in campaign 2020.

It is a cause for shame. It is the violation of martyrs’ graves. It is obscene graffiti on the Lincoln Memorial. It is, in the eyes of history, the betrayal — the re-betrayal — of Haynes and Mary Turner and their child. And all of this is being done by an ignorant and arrogant narcissist reviving racist tropes for political gain, indifferent to the wreckage he is leaving, the wounds he is ripping open.

What does all this mean politically? It means that Trump’s divisiveness is getting worse, not better. He makes racist comments, appeals to racist sentiments and inflames racist passions. The rationalization that he is not, deep down in his heart, really a racist is meaningless. Trump’s continued offenses mean that a large portion of his political base is energized by racist tropes and the language of white grievance. And it means — whatever their intent — that those who play down, or excuse, or try to walk past these offenses are enablers.

Some political choices are not just stupid or crude. They represent the return of our country’s cruelest, most dangerous passion. Such racism indicts Trump. Treating racism as a typical or minor matter indicts us.” — Michael Gerson

Some have noted that “It’s almost satire. Everything our president says is foolish nonsense and it constitutes malicious ignorance.” Unhinged. Unpredictable. Ridiculous.

This is our commander in chief. I want to be an informed citizen. The more I know, though, the more this stuff rubs off on me. Please, let us make a better choice next time. We can do it. If we work together on this, we can do it.